The abuse of children is unconscionable, to say the least! The sexual abuse of children is horrific. Special kind of evil to abuse those you should protect. Sadly this horror happens all around the world. What is even more terrifying is the fact that even those ones who are representing the people are capable of doing such hideous acts.

Today we have another bad news!

According to The Gateway Pundit:

The veterans and civilians who have been occupying and investigating what they believe are child-sex trafficking camps in Tuscon, Arizona discovered a child’s skull, scattered bones and the dead body of a child in the vicinity of the site Thursday.

As the Gateway Pundit reported, Michael Lewis Arthur Meyer, founder of the homeless Veterans advocacy group Veterans on Patrol, has been live streaming videos on Facebook as he tours the alleged sex camp he stumbled upon last Tuesday.

Authorities have insisted that the encampment is not a crime scene, concluding that “there is no indication this camp is being used for any type of criminal activity, including human trafficking.” But Meyers, with the assistance of civilians, has discovered evidence they argue proves the site warrants criminal investigation.

Trees with wrist restraints were found on the camp grounds along with children’s clothing, pornographic material, dozens of boxes of brunette hair dye, boxes of condoms, sex lubrication, baby crib, a stroller, an outdoor bathroom, children’s dolls and a 5 feet tall underground septic tank that Meyers has described ‘as being impossible for a child to escape from.’

A local rancher alerted U.S. Customs and Border Patrol, the Tuscon sheriff’s department and Veterans on Patrol on Thursday, notifying them that he found a child’s skull and a child’s corpse at the alleged sex camp.

“As of right now we have uncovered a small child’s body. The Sheriff’s department is in route. My team said there are reports of bones that have been sawed off, but this definitely human cadaver. This is between the ages of 9 and 14 years old. It’s still decomposing. The spine is still attached to the skull,” Meyer explains in a video streamed live on Facebook.

(Meyer’s begins recording footage of the human remains at the 10 minute mark in the video.)

The rancher found the skull and corpse claims that when he informed the border patrol agent of what he found, the agent was indifferent and refused to report the finding to the sheriff’s department.

“We found a skull with the jaw ripped off, all the teeth were missing, the spinal cord was still connected to the skull. I told them all that stuff and they just said to contact the sheriff. I asked if they had a better way of contacting the them because they have radios and everything, and he just shook his head no,” Danny explains in the video. “Pretty much told us we are shit out of luck, we have to call them ourselves. Why would they not secure a scene?”

Meyers claims he has since discovered two more camp grounds since he stumbled upon the first one last Tuesday by following a path marked by black and white jugs.

“I found two camps that were abandoned marked by white jugs, signs that show they were being used by coyote,” he says in the video. “Follow the black jugs that’s all you have to do. The third one was found by a rancher.”

The land on which the encampment is located is owned by Cemex Construction Materials South, LLLC., a multinational building materials company in Mexico and partner of the Clinton Global Initiative.

CEMEX received a $7 million contract from the Clinton Global Initiative to build houses in Haiti during Clinton’s tenure as Secretary of State in 2012, nearly two and half years after the quake.

According to federal lobbying disclosures, Cemex donated $25,000 to the Clinton Foundation.

Chelsea Clinton attacked Tuscon local media for investigating claims about the camp, tweeting on June 6, “Of course there’s a #Pizzagate 2.0. Of course, there is. If you have been a victim of trafficking or have suspicions of actual trafficking, please reach out to the National Human Trafficking Hotline: 1-888-373-7888.”

Of course there’s a #Pizzagate 2.0. Of course there is. If you have been a victim of trafficking or have suspicions of actual trafficking, please reach out to the National Human Trafficking Hotline: 1-888-373-7888. https://t.co/6IpshzA8Vv

I believe that the forensic evidence found of a child’s skull and bones and a decomposing child’s body along with all the physical evidence which has been cataloged of a child sex camp should belie the wild “conspiracy theory” claims of all the “head in the sand”, “see no evil, hear no evil, speak no evil” useful idiots such as yourself! This is a very ugly reality. Imagination has nothing to do with it.

And if these atrocities against innocent children don’t make YOU angry, then there is something very, very wrong with you!

I am so ashamed that this is happening in America. It is devastating and cannot imagine the pain these children and some of 3 years of age have and are still going through. This needs to end, tragic and my prayers. And my hope is that every last one of these monsters who do these things are caught.

And bring the pain down.

Video: BLM Rioter Sets Himself On Fire With A Molotov While Trying to Light A Historic Building On Fire 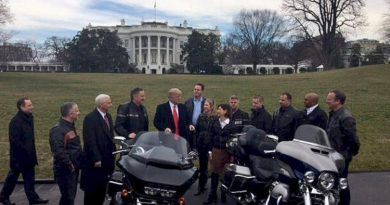