During this month-long Ramadan, the Council on American-Islamic Relations, the country’s largest Muslim advocacy group, has urged the Muslim communities to stay vigilant and step up security.

Many mosques in the country have conducted security drills including active-shooter training.

The Muslim Community Patrol, too, has beefed up its presence in and around Brooklyn mosques – but ever since the idea of such a patrol was floated, they have also faced backlash, particularly on social media.

“Bullying” and “gangster-like” tactics have been reported by locals in New York areas where the Muslim Community Patrol & Services operates.

These tactics are beginning to create a backlash against the self-described “civilian patrol organization” among local residents.

On December 10, a verbal altercation began in the evening when a teenage boy allegedly “disrespected” a Muslim woman outside the Brooklyn mosque on Fulton Street. The boy did not touch the woman, bystanders say, but did speak to her.

“That MCP [Muslim Community Patrol] officer snatched that boy up,” one witness said. “He grabbed him by the collar and threw him up against the gate and held onto him by the neck area.”

After the rebuke, the boy complained to his father, who happens to be a senior member of the local Bloods. The father rallied six other Blood members to join him and went to Masjid Taqwa, where at least one Blood member brandished a weapon.

“One of them was strapped,” a witness said of a Blood member who had a firearm. “He raised his jacket and flashed that gun. Those dudes came out there to shoot up that Masjid. The father, he wanted to mess that MCP officer up.”

According to the witness, the father said to the Muslim Patrol officer, “Dude, I’m going to bust in your f—— mouth if you ever put your hands on my child again.”

“It was going to be something big out there,” one witness said. “The Bloods were shouting, ‘You all are running around here playing like you’re the real police. You all want to put your hands on these little kids. We don’t give a f— about your Masjid. F— your Masjid.”

Aren’t there some laws regarding impersonating police? They’re skating pretty close to the appearance of the real thing. I doubt a white community would be allowed to make our own police patrol and certainly not with their racist views.

In most states, there are laws against having red, white and blue lights and badges that identify you as a cop if you aren’t a cop. They are using red and white lights. Again, they are skirting the law. 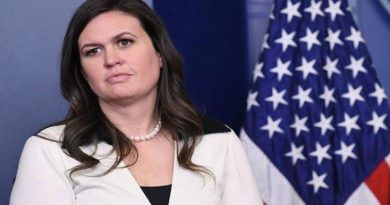 Video: Small Man Serves A Taller Guy Instant Justice For Trying To Spit His Chick Right In Front Of Him