Bloomberg News reports that the US intelligence community has concluded that China is “intentionally” hiding the true numbers of its coronavirus cases and fatalities — a fact that should surprise no one, and is yet another way Beijing has made the pandemic a bigger problem for the rest of the world.

China reacted slowly but then effectively to the spread of the virus. It brought it under control, and the flu didn’t become the Chernobyl moment for China many foreign pundits predicted.

But the bigger picture is that we should expect the spread of Communism after this crisis.

Beijing is attempting to de facto export an ideology. It is riding a Weltanschauung that is antithetical to the Western paradigm, which is based on the geopolitical, economic-commercial, and cultural centrality of the United States. This is not an explicit attempt – like exporting communism during the Cold War – but a different, subtler, and at times unconscious endeavor, and has similar if not wider outcomes.

In light of the communist expansion that is happening, I thought it would be worthwhile to highlight the enemy within and the radical socialist and communist ties that the leaders of the Democratic party have.

We can start with the dynamic duo that leads the Democratic party, Chuck and Nancy.

Schumer and Pelosi may attempt to position themselves as “moderates,” but they are as radical as they come. The appearance of “moderation” is nothing more than an act to disarm conservatives and gradually pull mainstream Democrat voters further to the left.

In 2001, on the 100th anniversary of Harry Bridges’ birth, San Francisco Democrat Nancy Pelosi wrote in the Congressional Record: “Harry Bridges was arguably the most significant labor leader of the twentieth century.” Bridges was “beloved by the workers of this nation, and recognized as one of the most important labor leaders in the world” and his International Longshoremen’s and Warehousemen’s Union was “the most progressive union of the time.”

During the 1940s, Grigory Kheifetz was Josef Stalin’s intelligence Rezident in San Francisco. Kheifetz worked closely with Harry Bridges, a Stalinist and Soviet agent who headed the International Longshoremen’s and Warehousemen’s Union, and followed every twist and turn of the Communist Party line.

Pelosi was very close to several key Communist Party USA allies in San Francisco in the 1970s and ’80s. Also some involvement with Democratic Socialists of America.

Earlier in her career, Pelosi had a close personal relationship with the radical socialist, pro-communist Hallinan family, from whom she received money for one of her campaigns.

According to AIM, Pelosi said of the couple: “If Vincent was the lion, Vivian was the lioness.” The House Speaker also called Vivian Hallinan a “mentor.”

“Indeed, Pelosi paid tribute to Vivian Hallinan by inserting into the Congressional Record an article saying that she had ‘opposed U.S. policy in Central America’ under President Reagan, had ‘befriended Daniel Ortega, Nicaragua’s [Communist] Sandinista leader,’ and had met with Cuban dictator Castro.”

Vincent Hallinan was a founding member of the San Francisco chapter of the National Lawyers Guild, widely known to be a Communist Party front.

As noted by author Trevor Loudon:

“The Council for a Livable World, founded in 1962 by long-time socialist activist and alleged Soviet agent, Leo Szilard, is a non-profit advocacy organization that seeks to ‘reduce the danger of nuclear weapons and increase national security’, primarily through supporting progressive, congressional candidates who support their policies. The Council supported Charles E. Schumer in his initial successful Senate run as candidate for New York.

“In 1997, Schumer was one of 33 co-sponsors of H.R. 950, the Job Creation and Infrastructure Restoration Act. The bill had originally been sponsored by Congressman Matthew Martinez at the request of over 50 prominent labor leaders – all of whom were known supporters or members of the Communist Party USA. The Communist party even delegated senior member Evelina Alarcon to oversee the bill’s progress.

In the next few days, we will work to expose the rest of the Congress and give you the 2020 list of know Communists and Socialists in our Congress. 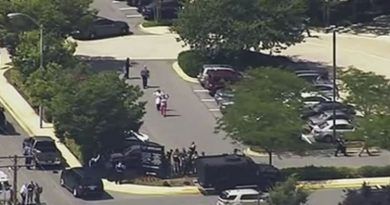 Trey Gowdy Held Nothing Back: ‘If Collusion Evidence Existed You May Rest Assured Adam Schiff Would Have Leaked It.’ (VIDEO)