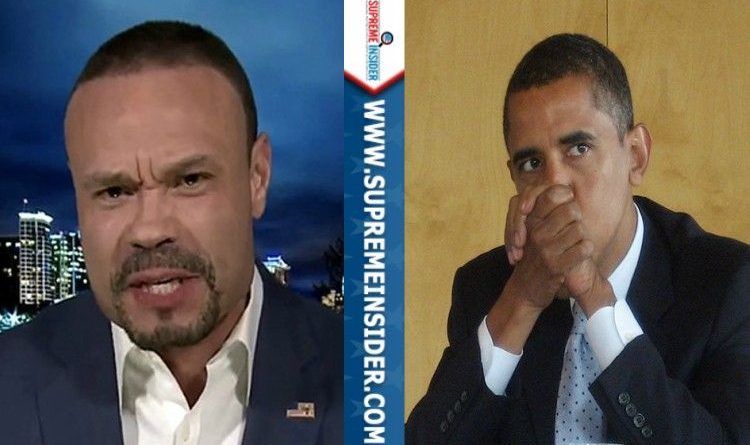 When Donald Trump was sworn in a US President he gave promise that he will drain the swamp from everything that was bad and corrupt for so long!

These days more and more scandals related to Obama and his administration has revealed to the public! But Democrats are resisting and trying to undermine Trump because he is exposing their corruption and can’t be bought off.

Via Conservative Daily: “Congressman Devin Nunes (R-CA) announced just last week he had uncovered clear evidence showing the Obama administration’s abuse of the surveillance program, and recent reports from Washington have alluded to the existence of a memo that could lay bare the extent of that abuse.

In a series of tweets, Former Secret Service agent Dan Bongino wrote that this could be the evidence that will change the public’s view of Obama:

Take it to the bank, the FBI/FISA docs are devastating for the Dems. The whole image of a benevolent Barack Obama they’ve disingenuously tried to portray is about to be destroyed. The real Obama, the vengeful narcissist, is going to be exposed for all to see.

“The real Obama, the vengeful narcissist, is going to be exposed for all to see.”
Some of us have seen that shitstain for what he really is all along.

My sincere apologies for the expletive but SHIT IS ABOUT TO HIT THE FAN.
The former Obama administration’s going to have a lot of explaining to do. #Obamagate

Take this check and cash it, the Democrats are in a full blown panic right now over the #Obamagate scandal that’s about to become a nightmare for them. Watch them all scurry like roaches when the lights come on it.

Release the memo and watch the rats run away like the cowards they are. Your mind is about to blown, and your eyes open, to both the power of the federal govt, and the vengefulness of an Obama administration hellbent on destroying Trump.

It’s about to get real. And Obama isn’t going to be able to hide behind “plausible deniability.” It’s going down.#Obamagate

#ReleasetheMemo and watch the roaches scurry away. The sting operation against the Trump team is about to be exposed and the Democrats are in full-blown panic mode. The public is about to see the corrupt Obama operation for what they really were, tyrants. #Obamagate

The dossier is important BUT the real question is “why was the Obama administration spying on team Trump in the first place ?????” The answers are deeply troubling. #ObamaGate is the biggest scandal of our generation. This is going to get ugly.

Simple: An attempted coup d’etat. The government is SO CORRUPT they COULDN’T allow President Trump to expose that corruption and destroy the criminal cartel they spent decades building.

What we’ve been waiting for and why the Left has been hell-bent on taking the SWAMP KICKER out!! Looks like Obama & his monster crew is going down. A great & sad time for America! To think the most powerful in our country could cause so much corruption. Are 3 branches enough? Praying the FACTS of the dirty treasonous crap pulled by Obama and HRC comes to light and is so obvious that Dems can’t sit around calling it lies.

Bongino, who has long said the FBI’s problems are at the top rather than the thousands of well-qualified and dedicated agents, couldn’t resist a shot at former FBI Director James Comey:

Dear @Comey,
You better prepare another one of your snippy tweets because you’re about to be exposed for the fraud you are. #ReleasetheMemo #Obamagate

Dear Media Hacks,
You’d better get your thinking caps on and start preparing your bullshit cover stories for the Obama admin now. And you’d better get real creative because once they #ReleaseTheMemo the roaches are gonna start scurrying. #Obamagate

The media is constantly accusing Trump of lying, making up facts and figures, breaking his campaign promises. They say it is their job as the check to balance those with power. If they were being honest then they would be able tearing up BHO for his Presidency of Nonstop lying.

But, the Storm is here the Storm is real, we should hold every corrupt person accountable we should shout it out demand justice not the slap on the wrist! This is a battle for the people!

What do you think? Scroll down to leave a comment below!

Dem Senators Held SECRET MEETING With Iranian Leaders – Is This A Violation Of The Logan Act?

Video: Pelosi’s Opponent Flies A Plane Around San Francisco With A ‘Pelosi For Prison’ Banner In Honor Of President’s Day

Video: Trey Gowdy Argues Andrew McCabe Is NOT Out of the Woods Yet (DETAILS)