620,000 WHITE MEN died during the civil war to FREE SLAVES! Now the socialist left wants the descendants of these heroes to PAY? For what? Losing their lives to help?

The Dems are trying to get more votes and they will not stop with their lies!

According to the New York Post
Asked about the matter last week on the 105.1 FM show “Breakfast Club,” Harris agreed with the host that reparations are necessary to address problems of “inequities.”

“America has a history of 200 years of slavery. We had Jim Crow. We had legal segregation in America for a very long time,” she said on the radio show. “We have got to recognize, back to that earlier point, people aren’t starting out on the same base in terms of their ability to succeed and so we have got to recognize that and give people a lift up.”

The former attorney general doubled down on her remarks on Thursday.

“We have to be honest that people in this country do not start from the same place or have access to the same opportunities,” she said in a statement to the New York Times. “I’m serious about taking an approach that would change policies and structures and make real investments in black communities.”

The problem with Senator Harris’s comments are that her father says that her ancestors were Jamaican plantation owners. According to his book,

As a child growing up in Jamaica, I often heard it said, by my parents and family friends: “memba whe yu cum fram”. To this day, I continue to retain the deep social awareness and strong sense of identity which that grassroots Jamaican philosophy fed in me. As a father, I naturally sought to develop the same sensibility in my two daughters. Born and bred in America, Kamala was the first in line to have it planted. Maya came two years later and had the advantage of an older sibling as mentor. It is for them to say truthfully now, not me, what if anything of value they carried from that early experience into adulthood. My one big regret is that they did not come to know very well the two most influential women in my life: “Miss Chrishy” and “Miss Iris” (as everybody called them). This is, in many ways, a story about these women and the heritage they gave us.

My roots go back, within my lifetime, to my paternal grandmother Miss Chrishy (née Christiana Brown, descendant of Hamilton Brown who is on record as plantation and slave owner (and founder of Brown’s Town) and to my maternal grandmother Miss Iris (née Iris Finegan, farmer and educator, from Aenon Town and Inverness, ancestry unknown to me). The Harris name comes from my paternal grandfather Joseph Alexander Harris, land-owner and agricultural ‘produce’ exporter (mostly pimento or all-spice), who died in 1939 one year after I was born and is buried in the church yard of the magnificent Anglican Church which Hamilton Brown built in Brown’s Town (and where, as a child, I learned the catechism, was baptized and confirmed, and served as an acolyte).

Kamala Harris is a direct descendant of Jamaican slave owners, that makes her a true Democrat.

Jamaica was of course far more involved in slavery than the mainland colonies or the USA.

About twice as many slaves were imported to tiny Jamaica than to the immense British North American colonies and then the USA.

This is because slaves in the Caribbean generally died quickly and had to be replaced, not even beginning to reproduce themselves. While in America slaves had a population explosion fully as massive as that of the free population.

At a minimum, this indicates much better conditions in America.
If this is true, will Senator Harris then pay for the reparations to black Americans?
Spread this on ALL your platforms!
Avoid Internet censorship by subscribing to us directly press the allow button if you haven’t done that already!

President Trump Honors Veterans Who Sacrificed Their Lives For Our Country With This Emotional Speech! (Video) 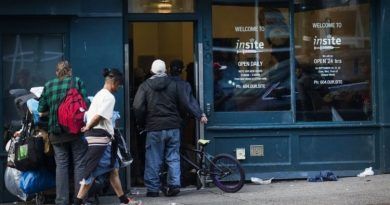 Video: Man Shot And Killed During The Biden Celebration Street Party In Seattle