The entire border needs a wall. Without the entire border walled, the illegal invaders can come through the unwalled areas and, once here, have the freedom of movement throughout the rest of the lower 48 states.

But if America doesn’t want the wall Texas has it’s own plan!

Two members of the Texas House of Representatives are preparing a bill that would provide $2.5 billion to fund a border wall. The proposal would take the money from Texas’ “Rainy Day Fund.”
State Representatives Kyle Biedermann (R-Fredricksburg) and Briscoe Cain (R-Deer Park) are working on legislation to take $2.5 billion from the Texas Economic Stabilization Fund, also known as the Rain Day Fund, to provide funding to build a border wall along the Texas border with Mexico. The proposal is still in the drafting phase, sources tell Breitbart News, but a bill could be filed soon.

A source in Rep. Biedermann’s office told Breitbart News on Tuesday that the bill is still in the planning stages but calls for the funds to be allocated to the Office of the Texas Governor, who would oversee the process of allocating funds and getting the wall built.

The funds would be used to design, test, construct, and install physical barriers, roads, and technology along the international land border between Texas and Mexico with a goal of preventing illegal border crossings in those areas, Biedermann told Breitbart News on Sunday.

Breitbart News reached out to the offices of Governor Greg Abbott, Lt. Governor Dan Patrick, House Speaker Dennis Bonnen and the Department of Homeland Security for a reaction to the proposal.

A spokesman for Lt. Governor Dan Patrick responded that Governor Patrick does not support using Rainy Day Funds to build a Texas border wall. Instead, the Lt. Governor proposed that Texas invoice the federal government for the billions of dollars the state has already spent and use those receipts to pay for building a wall in Texas.

The 2017 Texas Legislature funded approximately $800 million for border security for the biennium, Breitbart News reported. The legislature increased the spending from the $300 million authorized by the 2015 legislative session. Governor Greg Abbott proposed continuing the spending level during his State of the State address last week.

Other responses were not immediately available and will be reported when received.

During the first four months of the current fiscal year, Border Patrol agents apprehended 201,497 migrants who illegally crossed the border between ports of entry. Of those, 133,912 migrants (66 percent) entered through the five Border Patrol Sectors that cover Texas. This includes the El Paso Sector which also provides border security enforcement for New Mexico, according to the January Southwest Border Migration Report published by U.S. Customs and Border Protection. New Mexico border security would not be included in this proposal.

A 2014 study from the Federation for Immigration Reform (FAIR) concluded that the cost of providing education, health care, law enforcement, and social/government services to migrants who entered the U.S illegally is an estimated $12.1 billion per year. The costs today could be higher as the percentage of migrants classified as FMUA or UAC increased dramatically.

I say use a catapult for all of the newly announced Demonic Rat ‘candidates’, and make room to include Boehner, Ryan, Hillary, and Barry n’ Mike too – right over the Texas Wall. President Trump has the money to build the rest legally and save us billions to deport ALL of the illegal Invaders AND more RINO Traitors 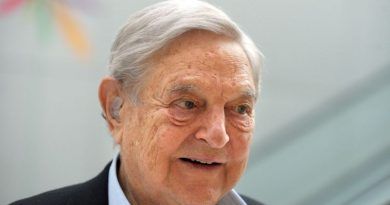 Donald Trump Reveals What Melania Said About Migrants In Mexico After Her Border Visit!