Just like his son—Biden’s brother also had no energy experience.

In Profiles in Corruption, Schweizer offers a deep-dive investigation into the private finances, and secrets deals of some of America’s top political leaders.

And, as usual, he doesn’t disappoint, with never-before-reported revelations that uncover corruption and abuse of power—all backed up by a mountain of corporate documents and legal filings from around the globe.

Learn about how they are making sweetheart deals, generating side income, bending the law to their own benefits, using legislation to advance their own interests, and much more.

The extensive overlap in Frank Biden’s dealings and Obama-Biden foreign policy in Central America is exposed in Peter Schweizer’s new book—Profiles in Corruption: Abuse of Power by America’s Progressive Elite.

Frank Biden first set his sights on the region in 2009, as the Obama administration began to repair the U.S. relationship with Costa Rica. Tensions between the two countries flared under President George W. Bush, most notably on how to deal with drug trafficking.

When President Barack Obama entered the White House, he set out to mend fences in the region in hopes of inaugurating a new era of global cooperation. Leading the charge on that front was Joe Biden, who had long standing ties to the region from his tenure leading the Senate Foreign Relations Committee.

Shortly after the new administration took office, Frank Biden began scouting real estate opportunities in Costa Rica. A lawyer by training, Frank was undeterred by his lack of background in international development and decades old legal troubles at home.

As Schweizer notes, despite the professional and personal handicaps, business opportunities were plentiful for Frank, especially after his brother paid a visit to the country.

The venture—officially sold to investors and the public as an opportunity to protect Costa Rica’s “breathtaking beauty”—amounted to little more than decimating the country’s natural wilderness to build a luxurious resort for wealthy foreigners.

“In real terms, Frank’s dream was to build in the jungles of Costa Rica thousands of homes, a world-class golf course, casinos, and an anti-aging center,” Schweizer notes. “The Costa Rican government was eager to cooperate with the vice president’s brother.”

The project, which is still in the development phase, has made Frank Biden a well-connected figure in Costa Rica’s political landscape. A letter the country’s president, Luis Guillermo Solis Rivera, penned praising the project even made its way on the internet in what appears to have been a botched attempt to solicit further investors.

In order to execute a project of such scale, however, Costa Rica would need to update and expand its electrical grid. Located on the Central American Isthmus, more than 51 percent of the country’s landscape is forested, with nearly half of that being land that has not been disturbed by human activity. As such, much of the area suitable for the type of resort Frank Biden wanted to build lacked access to electricity.

Frank, perhaps sensing a chance to make even more money, entered into a partnership with the Costa Rican National Power and Light Company (CNFL) to build a solar power complex in the country’s northwest region. The new facility would provide enough electricity to Frank’s resort, which was to be built in the vicinity.

The partnership with CNFL was secured even though Frank and his company, Sun Fund Americas, had no experience in the energy sector.

This is a disgrace

Will the Mainstream Media cover this?

Please share this article wherever you can. It is the only way we can work around their censorship and ensure people receive news about issues that Democrats and the mainstream media suppress.

Reporter Asked Gowdy Who Is the Mastermind of Mueller’s Witch Hunt, Trey’s Reply Left Her Speechless! 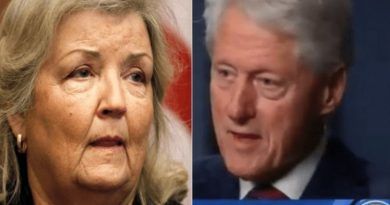 Video: BLM Cheer And Celebrate The Murder Of Patriot Prayer Member In Portland – No Media Coverage