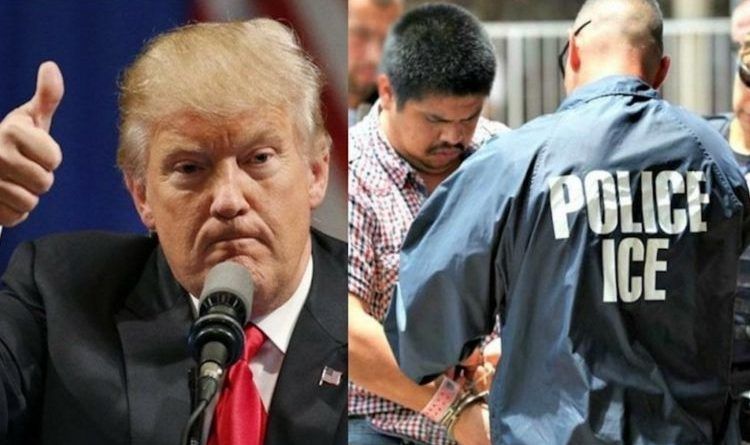 Since Trump signed the travel ban, the liberal media strictly criticized Trump’s decision. Illegal immigrants were described by them as innocent people who never cause violence in the United States.

If you were born in the USA your supposed to pay for the illegals while you live paycheck to paycheck to make ends meet. This is the Democratic’s Way of thinking.

But we all know that they prefer to do this because they need illegals and their illegal votes to get more power!

Well, luckily for us we have President Trump and nor President Clinton!

Over the last several years, the left has flipped the illegal immigration argument on its head by making those that cross the border victims instead of criminals.

Two illegals that have been able to gain notoriety for their liberal activism have been detained and are now being deported by the Trump administration after being passed over for years by ICE agents under the Obama administration.

Here is more from Conservative Tribune:

Ravidath Ragbir and Jean Montrevil, both prominent figures within the pro-illegal immigration group New Sanctuary Coalition of New York City, were detained and deported by Immigration and Customs Enforcement after years of being allowed to stay in the country at the discretion of federal officials — in spite of the fact that both had been convicted of serious crimes.

According to the New York Daily News Ragbir was detained by ICE on Jan. 11 and informed that his reprieve from deportation would not be extended further.

Ragbir, executive director of New Sanctuary, was checking in at the ICE office in New York City when he was detained. While Ragbir had immigrated to the United States legally back in 1991 from Trinidad and Tobago, he was convicted of wire fraud in 2000, according to The New York Times.
Ragbir received a deportation order in 2006, but in 2011 ICE officials in New York City gave him a reprieve of deportation. That reprieve was extended last April, but ICE officials informed Ragbir that reprieve would not be extended further. A judge will now decide his fate.

One week later, Haitian national Jean Montrevil — a co-founder of New Sanctuary — was deported after being taken into custody in early January. Montrevil, who had entered the United States in 1986, had served time on a drug possession charge and was in the process of appealing a deportation order.

These two illegals are not as lily white as they are trying to paint them. Mr. Montrevil and Mr. Ragbir brought are both criminals who have served time in prison so under our laws they get a free pass back to their home country.

According to The New York Times, Montrevil served five years in prison when he was sentenced to 11 for drug possession, and Ragbir spent time in the pokey for embezzling $400,000.

These two men had every opportunity to become legal citizens, but they chose not to, and now they have to face the consequences of their actions despite their “celebrity” status.

Reality is that illegal immigrants come to America for the entitlements only. Land of Opportunity… Yes, ripping off the American Taxpayer in supporting and their many American-born children. But sadly, they are still loyal to their native country

Video: Black Lives Matter And MAGA Activists Team Up Against The Mandatory Vaccine Bill In NY

Video: Executive Director Of The WHO Announce That Authorities Might Take People Out Of Their Homes By FORCE 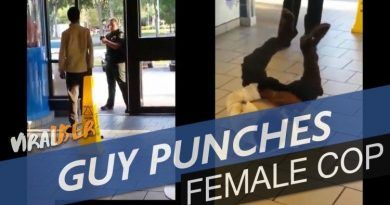