Bystanders at the Minneapolis intersection where George Floyd died ducked for cover Tuesday as gunshots rang out nearby, taking shelter briefly. No immediate injuries were reported.

An Associated Press journalist shooting video at 38th and Chicago reported hearing as many as 30 gunshots about a block east of the intersection, and said a storefront window appeared to have been broken by a gunshot.

“Very quickly things got back to normal,” Philip Crowther, the AP journalist, said. “People here who spend a significant amount of time, the organizers, were running around asking, ‘Does anyone need a medic?’ It seems like there are no injuries.”

A police spokesman didn’t immediately respond to a message.

The intersection has been a memorial to Floyd since his death on Memorial Day one year ago. A street festival was planned later Tuesday to mark the anniversary.

Here’s the moment when shots were fired near George Floyd Square earlier this morning.
Video below:

A reporter just had her phone smashed because she took photos of a storefront hit by a bullet.

George Floyd Square very quiet again now. But a fellow reporter just had her phone smashed because she took photos of a storefront hit by a bullet. pic.twitter.com/Ei6QtfUiHd

ABC Newes cut the scene with he shooting:

Funny how they cut out the live scene because it went against the narrative. https://t.co/Kphr1rr0XC

Police said they responded to reports of gunfire at about 10:10 a.m. at the 3800 block of Elliot Ave. South. Callers told police that a vehicle was seen speeding away from the area.

Soon after, someone went to nearby Abbott Northwestern Hospital with a gunshot wound.

Like other major cities, Minneapolis has been struggling with rising gun violence, a problem made worse by many officers leaving the embattled force since Floyd’s death. A 6-year-old girl was fatally shot and two other children wounded in recent weeks. Mayor Jacob Frey last week unveiled a sweeping set of public safety proposals aimed at fixing the problem. Other groups are pursuing a more radical remaking of the police department.

The intersection of 38th and Chicago has been barricaded since soon after Floyd’s death and quickly turned into a memorial — and also a challenging spot for the city, with police officers not always welcome. 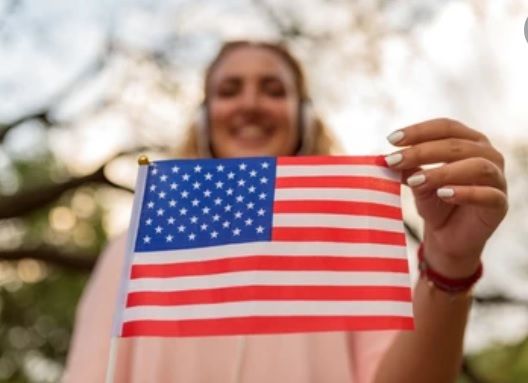 Embarrassing Video: Joe Biden Seems To Get Lost At The G7 Summit In England, Jill Comes To The Rescue

Breaking: Democratic Congresswoman Ilhan Omar Was Named As An Adulteress In A Divorce Settlement

Cookies are small files that are stored on your browser. We use cookies and similar technologies to ensure our website works properly, personalize your browsing experience, and analyze how you use our website. For these reasons, we may share your site usage data with our analytics partners. You can choose whether or not you want to consent to our use of cookies through the options below. You can learn more about how we use cookies by visiting our privacy policy page. California residents can also exercise their personal information rights through the Do Not Sell My Personal Information page. OkPrivacy policy