Southern Democrats are members of the U.S. Democratic Party who reside in the American South.

In the 19th century, Southern Democrats comprised whites in the South who believed in Jeffersonian democracy. In the 1850s they defended slavery in the United States, and promoted its expansion into the West against northern Free Soil opposition.

The United States presidential election of 1860 formalized the split, and brought war. After Reconstruction ended in the late 1870s they controlled all the Southern states and disenfranchised blacks (who were Republicans).

The “Solid South” gave nearly all its electoral votes to Democrats in presidential elections. Republicans seldom were elected to office outside some Appalachian mountain districts and a few heavily German-American counties of Texas.

Flash forward about a hundred and fifty years later and the Democrats haven’t yet learned their lesson. After Trump was elected, plenty of Dems started talking about a civil war. While slavery is no longer involved, a different kind of war is in the making. Townhall.com contributor and retired Colonel Kurt Schlichter believes that the left should have to suffer through the same thing they did a hundred and fifty years ago.

He wrote, referring to social media companies cracking down on conservative publishers and personalities, “It’s obvious that the central tenet of the Democrat Party platform is now hatred and contempt for Normal Americans. Taking their cue from the elites in Europe and Canada who are stripping dissenters of their free speech rights and religious freedoms, the leftist elite is moving to solidify its hold on power here with the eager assistance of tech companies and the moral support of the Fredocons who yearn to return to pseudo-relevance as the ruling class’s slobberingly loyal opposition.”

He continued, “In California, the leftist government is practically firing on Fort Sumter. And nationally, these aspiring fascists are especially eager to disarm Normal Americans – doing so would be an object lesson in who’s the boss, as well as solving that frustrating problem of the Normals having the ability to resist.”

“Do I think there will be a civil war? No, but there could be,” Schlichter went on. “Civil war is unlikely, but never underestimate Democrat stupidity and hatred. The Schlichter family learned that lesson a century and half ago, the last time the Democrats decided to try to impose their hatred of basic human rights on the rest of the country, when an army of Democrats burned our family hometown. Oh, they paid for it. And they would pay again. Democrats are 0-1 in insurrections, and if they went for another round, they would be 0-2. It’s a matter of terrain, numbers, and morale.” 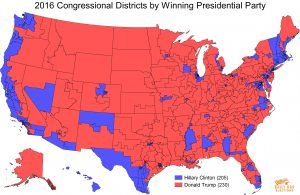 He noted, “Let’s talk terrain and numbers. Remember the famous red v. blue voting map? There is a lot of red, and in the interior the few blue splotches are all cities like Las Vegas or Denver. That is a lot of territory for a counter-insurgent force to control, and this is critical. The red is where the food is grown, the oil pumped, and through which everything is transported. And that red space is filled with millions of American citizens with small arms, a fairly large percentage of whom have military training.”

He wrote, “The Democrat threat to peace is based on its policies designed to deprive Normal Americans of their right to speak freely, to worship freely, and to defend themselves and their rights with firearms. Make no mistake – millions of Normal Americans are willing to risk death to defend those rights.”
The Republican party was originally founded in the mid-1800s to oppose immigration and the spread of slavery, says David Goldfield, whose new book on American politics, The Gifted Generation: When Government Was Good, comes out in November.

“The Republican party was strictly a sectional party, meaning that it just did not exist in the South,” he says. “The South couldn’t care less about immigration.” But it did care about preserving slavery.

After the Civil War, the Democratic party’s opposition to Republican Reconstruction legislation solidified its hold on the South.

The Democrats are talking Calexit and are trying to impose a popular vote instead of using the Electoral College, things are going to get sticky. Schlichter explained that there is another issue, and that issue is commitment.

Jussie Smollett 2.0: People Suspect That CBS Staged The Video Of The “Crying Nurse” Where She Claims She Quit Because Was Asked to Work Without a Mask

Welcome To Biden’s America – Viral Video Shows Man And Woman Fight, Spit At Each Other At A Gas Station Amid Panic-Buying 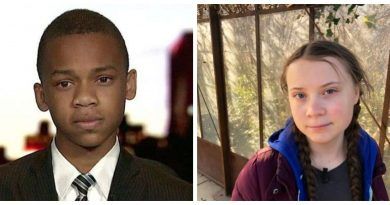