The great political surprise of 2018 will be the size of the Republican victory.

After members of the elite media have spent two years savaging President Trump, lying about Republican legislation, and reassuring themselves that Republican defeat was inevitable, the size of the GOP victory in 2018 will be an enormous shock.

Newt Gingrich thinks a Republican landslide is in store for the 2018 elections.

In a column for Fox News, Gingrich slams the media’s role in blasting President Trump, and says “the size of the GOP victory in 2018 will be an enormous shock.”

Gingrich also says the media has been lying about the Republican tax legislation and says that it turned out to be much better for Americans than the media has described.

Though Gingrich spends much of the op-ed blasting the media, he cites a CBS News report in which three families learned they’d be paying less in taxes on the new plan.

Mr. Gingrich said the most glaring example of “fake news” is the media’s handling of the GOP’s Tax Cuts and Jobs Act, which he said will be “the 2018 proving ground of media liberal bias and dishonesty.”

“First, the media lied about the tax bill in an effort to convince most Americans their taxes would go up,” he wrote. “Then, the media took surveys of people who opposed the GOP bill based on the false information supplied by the media. Then, the media talked again and again about how unpopular the Republican plan was and how it was going to weaken Republican candidates in 2018. Then, the bill passed, and unsurprisingly, it turned out to be dramatically better for Americans than the elite media had described.”

Mr. Gingrich cited a recent CBS News report that interviewed three different families about their initial impressions of the GOP tax bill, which Mr. Trump signed into law last week. All three families believed they either wouldn’t be affected or would have to pay more under the tax plan, only to be told that they would actually be paying significantly less. In fact, CBS News reported that “most Americans” will get a tax cut next year under the plan. Mr. Gingrich said the report is just one example of how the media’s attempts to paint the tax bill as a tax hike on the middle class have negatively shaped public opinion.

“The gap between the news media falsehoods and the dramatically better reality of the GOP tax cuts will have three huge effects on the 2018 campaign,” Mr. Gingrich wrote.

First, he said the American people will be swayed by the Republican Party’s ability to follow through on its promises. Second, an increasing number of people will come to distrust the media after they compare their personal experiences with its “fake reporting and endless bias.” And lastly, the Democrats who voted against the bill “will live to regret it” and face major political upsets in the states that Mr. Trump won in 2016, Mr. Gingrich wrote.

“The stage is being set for a definitive election,” he said.

“Do you want higher taxes, bigger bureaucracy, more power in Washington, and a smaller economy with lower take-home pay and fewer jobs? If yes, vote Democrat, because that is what they stand for and will continue to vote for next year,” he continued. “If you want a bigger economy, more jobs, more take-home pay, less power with Washington bureaucrats, and lower taxes with more money in your pocket, then vote Republican.”

“If Republicans can learn to tell the truth better than the elite media and Democrats lie, the GOP will win an astonishing victory in 2018,” Mr. Gingrich concluded.

Do you agree with Newt Gingrich? 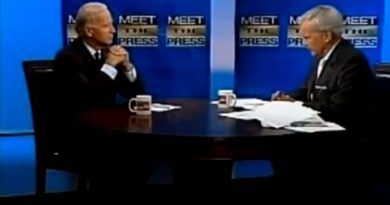 Video: Buddhists Come Out To Support President Trump In His Battle Against The Rigged Elections At The “March For Trump” – No Media Coverage