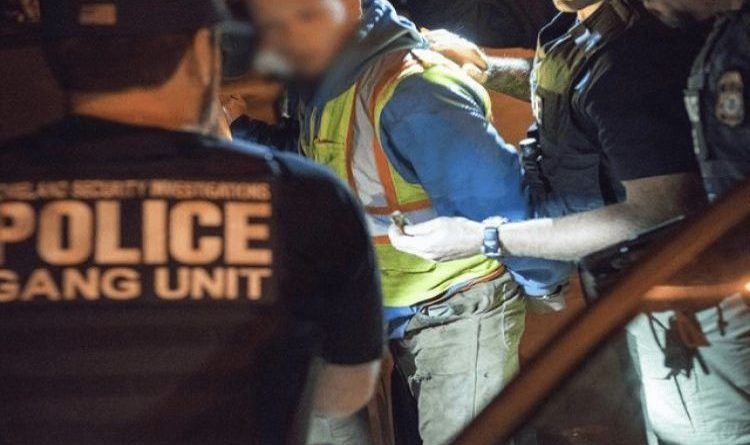 This is what’s “helping the US economy” that so many Loonie Libs are touting as the reason to have unlimited immigration. I don’t think so.

And I have numbers that show us what really happens in our country!

Sixty-four of the 193 illegals – nearly one in three – are would-be “dreamers” because they illegally crossed the border while claiming to be minors. Their unscreened claims to be children — not adults — won them the legal status of “Unaccompanied Alien Children,” which allowed them to claim federal aid and be released into the United States.

The status was provided by Obama’s administration, which was seeking ways to welcome migrants from Central America into the United States. That invite spiraled out of control, resulting in a huge wave of migrants in 2014, which helped Donald Trump get elected.

“Definitely some UACs end up being bad people and enter the country to do bad things,” said Homan, who is serving as acting ICE director and was nominated on Tuesday by Trump to head the agency. “That’s why we asked for several policy changes in [the requests] we sent to the Hill.”

Criminal charges against the 214 gang-members include racketeering and conspiracy to commit murder in the furtherance of racketeering. According to Rybicki, an entire eight-man MS-13 “clique” (a local division of a gang) was arrested in the operation. This “Sailors Clique” operated in suburban Maryland, a hotspot of MS-13 activity, and has been linked to at least three murders.

The gang was created in Los Angeles during the 1980s because the U..S government failed to enforce immigration laws, which allowed El Salvador youths to sneak into the United States. Without economic skills in California’s diverse society, they formed their own national gang — and then recreated that gang in their own homeland once the illegal immigrants were repatriated home.

U.S. Citizenship and Immigration Services (USCIS) Director Francis Cissna explained that his agency’s work to identify illegal aliens with gang affiliations was vital to Raging Bull’s success. USCIS had one of its Fraud Detection and National Security Directorate (FDNS) agents at the Raging Bull command center full time to work to that effect. “That individual reviewed asylum claims for MS-13 members targeted by the operation and assisted in assembling target packages for the immigration and/or criminal court proceedings of these gang members arrested during the operation,” Cissna said.

As Attorney General Jeff Sessions bemoaned in October, gang members and other unworthy illegal aliens often use the United States’s generous asylum policies to tie up their cases in administrative proceedings, often needing only a “credible claim” of persecution in their home country to avoid deportation for years.

Operation Raging Bull carries on a series of nationwide and international efforts against the brutal gang. In July, Attorney General Sessions went to El Salvador to announce nearly 600 arrests in that country. Earlier in the summer, ICE’s “Operation Matador” netted dozens of arrests in the United States.

Thanks to all you liberal democrats. Now that you opened the door to these idiots. Now we have to deal with them before they kill someone.

Critics say ending the Dreamers Act is cold-hearted. In reality, what is cold-hearted is allowing millions of illegals to invade our nation and attacking and killing those who we love the most.

In reality, the Americans have been neglected for way too long while all DACA Recipients have committed crimes against them. DACA Recipients are all criminal and Obama is the head of all these criminals!

But, Americans have dreams as well. We dream of getting our country back.

Independence Day Madness! Woman Was Spotted Scaling The Statue Of Liberty After A Banner Reading ‘Abolish ICE’ Was Unfurled At Its Base (Video)

Doctor Asks if You Have a Gun at Home? Here’s What to Say! 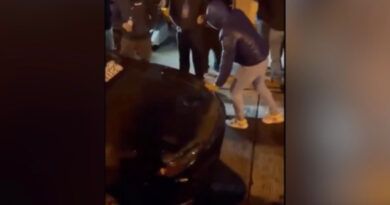