Liberals can’t get enough of Islamicizing America for all the benefits it bestows on us. The Democratic Party just don’t give up so easy in their efforts to bring America down. So after 8 years under the leadership of a man who had not American interest in his heart or in his political agenda at all, Democrats are already grooming their next Obama. However, the man’s disturbing background will make you want to absolutely hurl.

With all of this going on, liberals are working hard to elect the country’s first Muslim governor.

Dr. Abdul el-Sayed, the former health director for the city of Detroit, who has recently thrown his hat in the race for governor of Michigan. His platform focuses on making Michigan a sanctuary state and increasing the influx of Muslim refugees from countries such as Syria, Iran, Afghanistan, and others.

Just like Obama he too hates Trump, constantly saying that the president Trump’s decisions “are at odds with deeply held American values.”

Though the election of a Muslim governor does not necessarily mean Sharia Law will rule the streets of Michigan, the election of any individual supported by groups such as CAIR is cause for concern. A man who stands against principles of free speech, national security, and the rule of law has no place in state government.

I wonder, why are the Democrats so intent on destroying America?

Dick Manasseri, the head of Secure Michigan gave his opinion about Abdul El-Sayed. He said: “It is the exact same thing as Barack Obama in Chicago in the early 2000s. He’s young, attractive, he does not give out a lot of information, he speaks in platitudes about celebrating inclusiveness and diversity.”

“He’s very well packaged. He’s far more accomplished than Barack Obama. Obama was not this accomplished, they connected him to certain foundations and his candidacy took off,” Manasseri added.

According to PJ Media, El-Sayed was vice-president of the Muslim Brotherhood front-group Muslim Students Association (MSA) during his time at the University of Michigan.

The MSA is confirmed to have been established in the U.S. as an organization dedicated to overthrowing the Constitution and establishing Sharia law by using Muslim affiliates to infiltrate the branches of U.S. government…

Disturbingly, several sources allege that El-Sayed’s campaign is funded by billionaire globalist George Soros and that he is being groomed to eventually become President of the United States.

Of course, it certainly doesn’t help El-Sayed’s case considering that he received a Paul and Daisy Soros Fellowship in med school in 2012 or that he dodges questions about his involvement with the Soros family by simply stating that he’s “never met George Soros.”

It appears Abdul El-Sayed’s father-in-law is a board member on CAIR, the institution that regularly works to overthrow our laws. He is also close allies with hated activist Linda Sarsour, who supports Sharia law and defends terrorists.

That’s some pretty bad news. For the left to throw so much weight behind a man with a sketchy past, it shows how out-of-touch they are. It also shows how desperate they are, if they are backing a man that simply cannot win.

This is definitely the time for all Michigan residents to stand up for our country’s principles, and not vote for el-Sayed as their governor….before it’s too late!!!

Facebook removed almost every conservative page and decided to support the liberal cause so if you want to read and watch more real news from the conservative cause join us and on Minds, also don’t forget to invite your friends and family to support us in our battle against the fake mainstream media. Click on the following link to join us https://www.minds.com/USAConservative?referrer=USAConservative 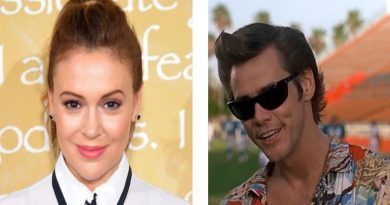