There isn’t a problem in this country that isn’t directly on the left! If Democrats had kept their sworn promises in 1986, WE WOULDN’T BE IN THIS MESS TODAY! The left carries the blame, nobody else! They created this by refusing to seal the border and step up deporting illegal aliens who kept on coming because they were told it was a free for all and to get here!

And now, the DACA program, announced by the Obama administration in 2012, is currently protecting some 700,000 “Dreamers” from deportation and offers them work permits and Social Security numbers. However, this program has been controversial from the start. And, if there is a mess it was caused by illegally on the part of Obama and the federal Courts when they supported that which was illegal.

Thank God we got Trump in there to clean up this mess.

Via Washington Times: “On Friday, a federal judge ruled that the DACA deportation amnesty was probably illegal when President Obama created it in 2012 — but he refused to halt the program altogether, leaving it to other courts to sort out a major legal mess.

Judge Andrew S. Hanen’s ruling clashes with those of several other federal courts which said President Trump’s attempt last year to phase out the DACA program was also illegal.

Taken on face, the rulings mean that the program is illegal — but so is the effort to erase it from the books.

The issues are likely to speed through the circuit courts and quickly reach the Supreme Court, perhaps during its upcoming session.

But for now, it leaves the program mostly intact, with current DACA recipients able to renew their work permits and two-year stays of deportation, though no new illegal immigrants are able to apply.

Judge Hanen said Mr. Obama exceeded his powers when he created the program, granting a broad amnesty from deportation to an entire class of people — in this case so-called “Dreamers,” who are young adults who came to the U.S. as juveniles, often without any say in the decision.

Judge Hanen said while the idea of aiding Dreamers may be right, Congress must act.

“DACA is a popular program and one that Congress should consider saving. Unfortunately, the judiciary is not the branch of government designed to salvage a program that should have emanated from Congress.”

Judge Hanen, in his decision, said he was bound by precedent in a 2015 case that struck down a similar but broader Obama-era amnesty, known as DAPA, which would have applied to perhaps 4 million illegal immigrant parents with U.S. citizen or legal immigrant children, and would have expanded the 2012 DACA program, too.

In that case, which Judge Hanen also had a part in, the 5th U.S. Circuit Court of Appeals ruled that such broad attempts to create immigration policy through deferred action violated the Immigration and Nationality Act.

Judge Hanen said there is little practical difference between operations of DACA and DAPA, so if the latter was illegal, the former is likely illegal as well.

The judge said neither DACA’s apparent popularity with the public nor the sympathy arisen by the plight of Dreamers can overcome the clear language of the INA.”

DACA program is illegal and the court should end it at once. They need to end it or we are never going to have this madness end.
Our government is spending and wasting our tax money and wasting weeks on people here ILLEGALLY!

Our government must get back to work for Americans!

Do you agree? Scroll down to leave a comment below!

Facebook has greatly reduced the distribution of our stories in our readers’ newsfeeds and is instead promoting mainstream media sources. When you share with your friends, however, you greatly help distribute our content. Please take a moment and consider sharing this article with your friends and family and on your Facebook wall or other social networks that you use! 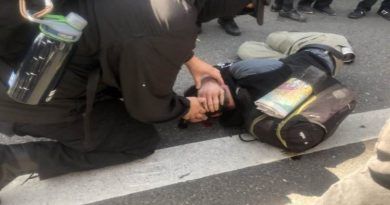 Portland Protests! A Video Surfaced Where Antifa Member Clubbed A Conservative Activist Who Was Holding The Flag (Video) 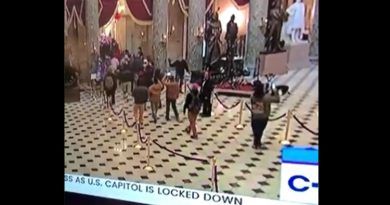