A reality is that immigrant comes to America to the entitlements only. Land of Opportunity… Yes, ripping off the American Taxpayer in supporting and their many American-born children. Illegal entry is a crime and should not be rewarded. The previous administration allowed and rewarded this behavior, to help their own devious agenda. The final conclusion is that the illegals should not receive squat! We all agree on that.

The sisters, ages 13 and 14, managed to escape the four illegal aliens after being kidnapped while staying in a hotel with their parents and held against their will.

Already in custody is 24-year-old illegal alien Simon Juan Thomas from Guatemala. Thomas was arrested and charged by Bowling Green Police with raping minors and is currently imprisoned on a $50,000 bond.

The other three illegal aliens remain on the run with Bowling Green Police officials saying they believe the men have fled the region.

The three illegal aliens wanted are

David Ramos Contreras, 27, of Mexico, Arnulfo Ramos, and Juan Adiel. The ages and suspected home countries of Adiel and Ramos are unknown.

Adiel had been using a fake ID that claimed he was a legal resident of Fellsmere, Florida. All four illegal aliens were using fake IDs, according to police.

Two of the illegal aliens allegedly worked as drywallers while the other worked at Greenline Foods in Bowling Green.

Anyone with information on the whereabouts of the suspects is asked to contact either:

Folks, I was wondering for a long time why we never had thousands of illegal immigrants hitting our borders at the same time in massive waves until the Community Organizer in Chief was elected. In Obama’s last few years in office, it seemed we had a border crisis nearly every three months or so, as a new swarm of illegals hit our southern border. By October of 2016, (the month before the Presidential election), 66,000 illegals were jumping the border. That is over 16,000 weekly!!

Yet, Obama refused to send the National Guard down to the border to help ICE and the Border Patrol who was being completely overwhelmed by the masses of people miraculously showing up at our borders at the same time. Conservatives began wondering if these people were being organized and funded by the Democrat Party and their Leftwing pro-illegal immigrant groups to bring more minority voters into the US and force amnesty.

Well, I learned that ICE can not expedite immediate removal by deportation on any illegal immigrant who has been inside the US for more than two weeks, and then the Democrat strategy started to make a lot of sense.

By flooding the border with thousands of illegals per month, there was just no way for ICE to process and expedite their removal by deportation within the two weeks that they are given, which gave Obama the perfect excuse to declare by Executive Order that no illegals would be deported if they met his DACA criteria because ICE was being so overwhelmed. This automatically over-ruled ICE and all immigration judges and protected about 800,000 illegals from being deported while Obama was President.

It also did nothing to solve the crisis with illegals still being shipped in by the bus and train loads. Democrats knew as long as illegal immigrants kept coming in massive waves, they could continue to overwhelm ICE, keeping as many from being expedited for deportation as possible, because they just couldn’t be processed within a two week period.

Trump immediately began talking about closing the borders, building a WALL, and also asked the state Governors to send the National Guard down to the borders to help ICE and the Border Patrol. The National Guard was not to be used to round up illegals, but rather to provide assistance with processing the illegals and providing the necessary logistics for their detention.

The Democrats were absolutely livid!!! They had to come up with a way to prevent the National Guard from providing help to the Trump Border Patrol and ICE.

So, lo and behold, photos of kids in cages began showing up on Social Media claiming they were the detention facilities of the Trump Administration. Democrats then began a full assault on the Trump Administration claiming Trump was separating children from their parents and throwing them in detention cages. It was later discovered that the photos of kids in cages were actually from the Obama Administration but that didn’t matter, because it caused enough fury and backlash that the Governors who had sent their National Guard troops to the border were forced to pull their National Guard, leaving ICE once again to process thousands of illegals without any assistance.

But this still isn’t enough for the Democrats. Now they want to BAN ICE, which is the only law enforcement agency authorized to expedite the immediate removal of illegal immigrants turned over to them by the Local and State Police or the Border Patrol. Therefore, banning ICE means the illegal immigrants get an automatic stay of deportation, and cannot be deported until they have their day in court.

This is what Trump keeps talking about and why we need to build a wall… too many degenerates down there with a third world mindset.

Video: “Giant” American Patriot Confronts BLM For Blocking The Road, Then Confronts The Police For Doing Nothing When They Pulled A Gun On Him 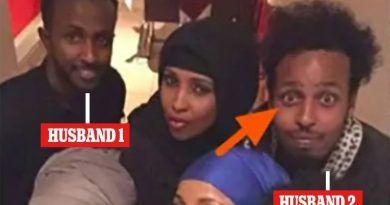 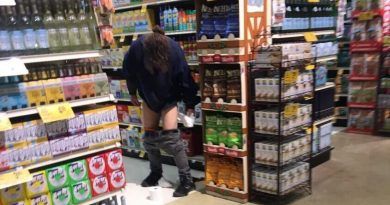