Rep. Ilhan Omar is a “sex maniac” who is “very weak when it comes to money and sex,” according to a Canadian businessman and Qatari insider who swore in an affidavit that the Minnesota congresswoman is a paid Qatari asset.

We are here to report the facts that were put out and to report that Ilhan Omar denied the allegations.

Bender indicated that Rep. Ilhan Omar (D-MN) is a paid Qatari agent, and that she can be easily bribed with sex and money, so much so that described her as a “sex maniac” and “very weak when it comes to money and sex.”

Bender said Qatar’s Secretary to the Emir for Security Affairs Mohammad bin Ahmed bin Abdullah al Masnad told him that the country “recruited Ilhan Omar from even way before she thought about becoming a government official … They groomed her and arranged the foundation, the grounds, for her to get into politics way before she even showed interest. They convinced her.”

He alleged that Omar cooperated with Qatar’s request and received cash payments. He also claimed that she used her position in the House of Representatives to access sensitive information, which she relayed to Qatar and through them Iran. According to the deposition, Bender further told the court that Omar actively recruited other politicians on behalf of the nation.

Bender’s affidavit was contained in a 233-page submission to the court and can be perused in full on Scribd.

Beginning on page 76 of the court document, Bender was asked, “So she [Omar] was recruited by the Government of Qatar before she was a member of the United States Government?”

“That’s what they told me,” Bender replied.

“And they saw her as a vulnerability, somebody that they — who had vulnerabilities, rather, and they agreed to fund her?” Bender was asked in a follow up question.

Bender was also asked if they funded her in numerous ways and he said that they did.

When asked if she was married at the time, Bender said, “I didn’t ask that but they mentioned to me that — I said:  Why would a woman in hijab — because I was under the impression that she’s a devout Muslim.”

“A woman in hijab takes bribes?” Bender continued.  “They said:  don’t be fooled by her head scarf.  She’s a sex maniac, and she is very weak when it comes to money and sex.  And we got both.”

Those were the two means that Qatar used to exploit and manipulate Omar.

Accepting bribes is considered a crime under our Constitution for those in the executive branch and is listed in the impeachment clause (Article II, Section 4, US Constitution).

However, it is also grounds for removal from Congress.  This is called “expulsion.”

Article I, Section 5 of the United States Constitution provides that “Each House [of Congress] may determine the Rules of its proceedings, punish its members for disorderly behavior, and, with the concurrence of two-thirds, expel a member.”

According to House.gov, the following members were expelled from the House of Representatives.

Notice the final two there were convicted of bribery. I
A spokesperson for the Minnesota lawmaker denied the allegations in a statement to the Jerusalem Post.

“Since the day she was elected, Saudi Arabian trolls and mouthpieces have targeted Omar with misinformation and conspiracy theories. The latest, outlandishly absurd story from a Saudi-funded media outlet is of course false and only the latest in that trend,” the statement read. “The only people Rep. Omar represents in Washington are the people of Minnesota’s 5th District. She will continue to speak out against human rights violations around the world — whether it is war crimes in Yemen or the caging of children at our border — regardless of who commits them.” 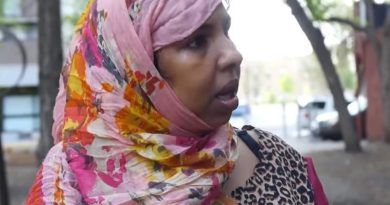 Video: Minneapolis Muslims – Sharia Law Is Better Than American Laws “I Rather Live In Somalia”

House Speaker Nancy Pelosi Went On An Insane Rant – If The Senate Votes To Aquit Pres. Trump, He “Will Not Be Acquitted”