The Democrats can’t stop their only concern is how to bring in more illegals into their so-called sanctuary cities!

We all know that means more voters for them because real Americans don’t trust them and they have to rely on these votes to get elected!

Giving the illegal alien population the right to vote would almost ensure Democrat dominance in statewide and national elections, as foreign populations are vastly more likely to favor Democrats over Republicans.

Now a loophole in the new law granting driver’s licenses to illegal immigrants could allow hundreds of thousands of people to fraudulently register to vote in New York, according to critics, the state Board of Elections and the bill’s own sponsor.

“[A] major concern is that many states, including New York, use their DMVs to enroll voters. Since New York does not have voter-identification laws like the majority of other states do, this bill increases the potential for voter fraud,” said state Sen. Republican ­Minority Leader John Flanagan (R–Suffolk)

So it seems that Democrats in the state of New York may soon give illegal aliens the ability to automatically register to vote when they apply for a driver’s licenses at any state Department of Motor Vehicles (DMV) office.

Reports have circulated that Democrats in the New York State Senate are looking this year to quickly pass a new law that automatically registers New York residents to vote in elections so long as they obtain a state-issued driver’s license.

Those licenses, available at DMVs, are now provided to all eligible New York residents — including illegal aliens.

Last year, Democrats sought to give automatic voter registration to all illegal aliens who obtained driver’s licenses with the state’s new law that allows the illegal population to legally drive.

Currently, in New York, American citizens only need a driver’s license to register to vote, and although applicants are required to swear that they are eligible to vote, state election officials have previously admitted that “it’s basically an honor system.”

While they welcome illegals with open arms New York Democratic mayor is removing homeless Americans from his city probably to make room for more illegals!

As the American Thinker reported de Blasio is willing to put a year’s rent (in another city) to be rid of homeless people currently inhabiting New York City. In a bombshell port from Real Clear Investigations, Max Diamond exposes the dumping strategy of the erstwhile champion of the poor.

New York City has a distinctive way of dealing with the homeless: pay for them to live pretty much anywhere in the country.

Since 2014, Mayor Bill de Blasio’s administration has used a program called Special One-Time Assistance to relocate nearly 10,000 homeless people to over 300 cities. The program — which directly pays landlords a year of rent upfront, free to the beneficiary — is a significant departure from past city homeless relocation efforts because it does not require participants to have strong community ties to the new destination.

Under the program, which comes as homelessness is rising not just in New York but in other major cities, NYC’s homeless have moved as far away as Orlando, Los Angeles, Fort Lauderdale, Fla., and Birmingham, Ala.

Data Of Over 1.5 Billion Facebook Users Allegedly Leaked And Being Sold On A Popular Hacking-Related Forum 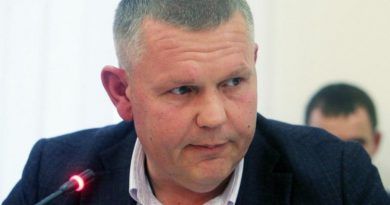