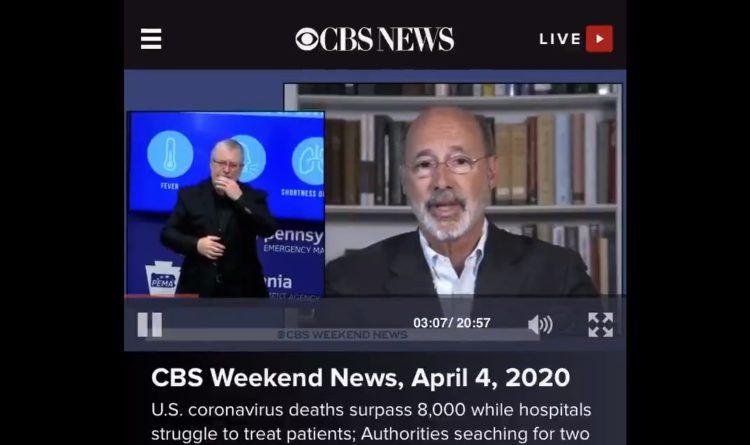 Last week CBS News painted a dire picture from New York City this week in their coronavirus coverage. On Wednesday morning CBS aired this footage from a New York hospital:

This video is where the original hospital footage was aired via Sky News back on March, 22nd.

There’s no doubt that the situation in New York is serious. But it’s unfair and alarming that our media would just use footage of sick patients from another country and not even bother to alert their viewers.

There was no need to add that footage except to stoke panic.

CBS put out a statement that ‘Editing Mistake’ Led To Misleading Video Showing An Italian Hospital During Segment On New York’s Coronavirus Crisis.

But it seems that fake news will stay fake news, this week they did it again!

They aired the Italian hospital footage again, despite its statement claiming that it had been removed “from all platforms and shows.” This time, the misleading video appeared on CBSN, the network’s streaming video news channel.

“In Pennsylvania, cases are skyrocketing at the rate of 1,000 a day,” a reporter says as footage from an Italian hospital flashes across the screen. “Governor Tom Wolf is appealing to citizens to help.”

After @CBSNews was called out for airing footage of a hospital in Italy and saying it was New York, they apologized and said it was an error.

Less than a week later, they aired the same footage, this time when talking about Pennsylvania.

This is third time in one week as they publish unconfirmed or fake stuff.

CBS News posted a video of a nurse crying that claims she quit her job because she was asked to work in an ICU with no mask.

The nurse which the Twitter community labeled as “the Crying Nurse” become viral.
CBS posted: In tears, a nurse says she quit her job after she was asked to work in a coronavirus ICU without a face mask: “America is not prepared, and nurses are not being protected”
Video below:

In tears, a nurse says she quit her job after she was asked to work in a coronavirus ICU without a face mask: “America is not prepared, and nurses are not being protected” https://t.co/ywoSuLOPYP pic.twitter.com/S5BsnlO5nt

Basically she quit her job because the hospital didn’t allow her to wear a mask from her home.

The hospital was giving the nurses proper masks, one mask per COVID patient. So you were supposed to put on the mask for that patient before you went in the room, and then leave it there when done. They were also wearing proper masks the rest of the time, but the idea seems to be they didn’t want to spread COVID on the masks by wearing the same mask in a COVID room and then other areas.

Crying nurse lady brought her own mask from home and wanted to wear it at all times for extra protection. But assuming the hospital’s reasoning is sound, this would undo their plan to prevent the spread through masks.

I’ve noticed this with some nurses, nurses aides etc. I have known, they declare all sorts of “special” medical knowledge, I don’t know if they are bitter that they aren’t doctors, or are attention hounds or what.

In the end, she admitted that she was actually given 1 N95 mask while taking care of COVID-19 patients after Senator Bernie Sanders tweeted out her story.

Thank you so much for sharing Senator. We were each assigned 1 N95 per 1 covid patient’s room but was not allowed to wear it outside of the room, wear our own N95 mask around the Nurses station or Halls, which I came prepared with. HCPs absolutely deserve protection by any means. https://t.co/0bs0MZ78v2

"So how long has she been there?"

"Well, boss, she showed up in AM for 1st day & quit immediately when managers didn't let her do her own thing"

"Perfect. She's an inspiration. This will get Trump, I mean, inform USA! Perfect credibility. Beacon of truth!"

Prior to CBS picking up this video, Imaris posted on her public Facebook page that she has anxiety and bi-polar depression and had not been an employee at the hospital for over a year. She mentioned in her post that she was unsure if she was ready to return to her job.

Imaris also said the growing volume of information on coronavirus “triggers” her.

“The information overload can be hard for me to sift through as far as what is credible and what is not, it triggers me,” she wrote in a Facebook post.

Hi @BernieSanders your girl wrote days before her histrionic video that she had anxiety and bi-polar depression, hadn't been working in the hospital for over a year and didn't know if she was ready to return. Maybe vet these people? Just a thought. https://t.co/0et5Y1d0ai pic.twitter.com/Z0gIu3Kbn4


Real or not the mainstream media should double-check cases like this before creating even more panic and hate between the American people.

If the mainstream media want to complain about President Donald Trump calling them fake news they should stop making fake news.

What do you think?
Scroll down and leave your comment below. 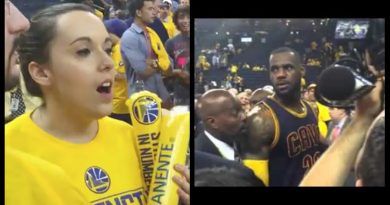 Video: LeBron’s Reaction After Woman Says, “How does it feel to be a p*ssy a** b*tch” Straight To His Face 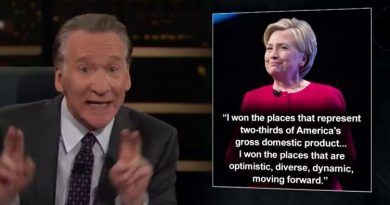 WATCH! Bill Maher Mocks Middle Americans From The Red States As Less ‘affluent and educated,’ Saying ‘they want to be us’